Why Hyper Casual Games are the Future 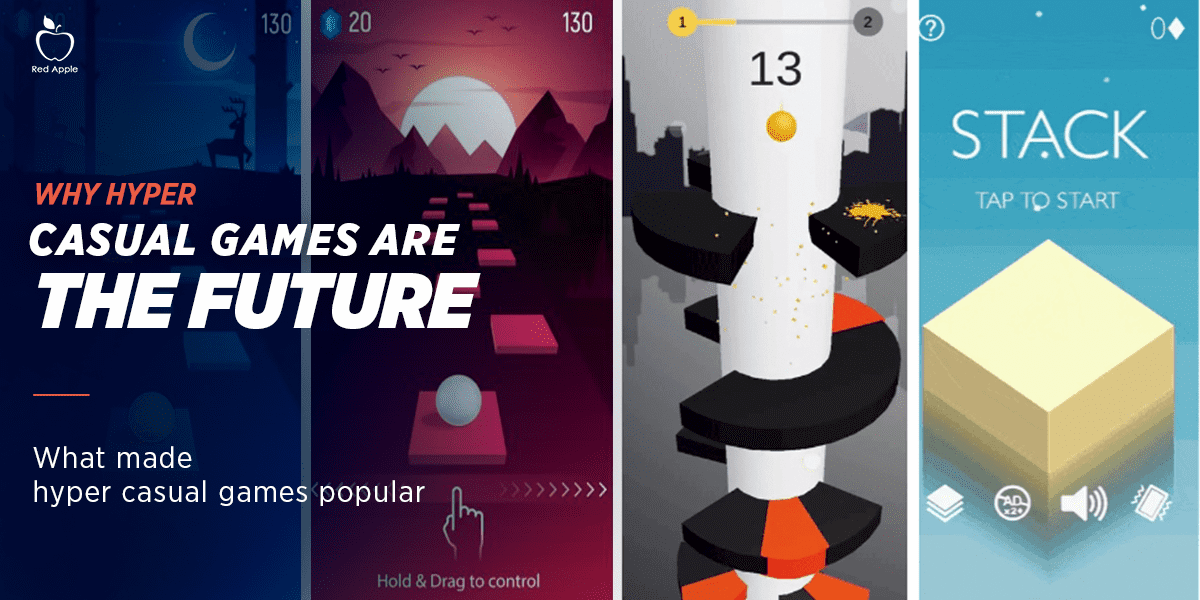 How Will you Define Hyper Casual Games

Hyper casual games are those which have no time restraints, simple but entertaining mechanics and nearly a flat learning curve. In other words, it implies that hyper casual games are usually free to play, require basic designs, have simple mechanics and are lightweight. In addition to these, the gaming contents are highly addictive and the gameplay is convenient to engage the targeted gamers. 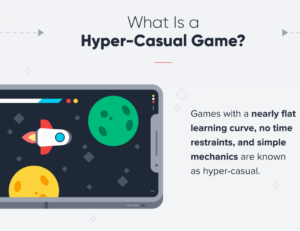 One more thing to be considered while making hyper casual games is that they are driven by data. For advertisers the data is a goldmine as more than 73 percent of the players are inclined towards receiving in-game ads.

You can imbibe the following 4 ways to make your hyper casual games worthy of generating revenues. 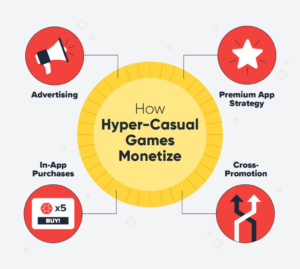 In-app Purchases : For monetization, in-app purchases are attractive. Statista has shown that by 2022, worldwide spending through mobile advertising can surpass 240 billion dollars. For gamers, in-app purchases are really great. With in-app purchases, access to additional levels can be availed which is otherwise not possible for the users of the free apps. For example you can have a free to play game to enjoy a roller skating run endlessly. By accessing the VIP option which runs on in-app purchase concept you can have zero ads, more than 500 gemes per day and exclusive appearance for the character of the users. All these at a payment of 5.99 dollars per week.

But the question lies how many of the hyper casual game players will be ready for this payment and remain engaged. Moreover, players would be more interested in having single in-app purchases at a much lesser price.

Advertising : Revenues generated through in-game ads are also anticipated to rise from 42.3 billion dollars in 2019 to 56 billion dollars in 2024. As stated above, more than 73 percent of the gaming enthusiasts are eager to receive in-game ads. Also from this statistics, you can have an idea about the prospects and power of in-game advertising, but still you need to keep one aspect in mind-never to compromise on user experience. Too many pop up ads or display ads are to be avoided to ensure focus on the gameplay. If you distract your users, the risk for uninstallation remains. Ad breaks should be long but less frequent instead of short and frequent ones to avoid abandonment. Interstitial ads can also be considered to keep the user experience discrete.

Cross Promotion : Cross promoting games is a good option for monetization. For example if your games are loved by the players, chances are high that similar games designed by you should also be liked more. In this way the retention can be made high. France tops the list in this with Voodoo having more than 23.1 million gaming app downloads. Being the most popular game app publisher for iPhone all over the world, Voodoo tops the app store rankings. By the virtue of its prominence in the digital world, Voodoo plays a pivotal role in cross promoting games within its portfolio.

Premium App Strategy : Till March 2021, 92.9 percent of iOS apps were free and 96.7 apps in the Google Play store were freely available. This implies that a very small percentage of apps come with a price tag utilising which can be a lucrative option. 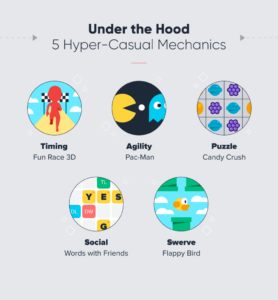 Timing : This involves testing the precision of the users. Hyper casual games rely on perfect timings to meet the objectives. Players with the best timings get rewarded. Hyper casual games are meant to be easy so that players can move on. If the content gets difficult, players will abandon it.

Agility : Timing should not be confused with agility. Our hyper casual gaming contents are enriched with elements that can improve hand eye coordination along with enabling the gamers to arrive at quick decisions. Mainly games of this genre have the scope to avoid hurdles and win coveted items. With progression in the gaming levels, the techniques become more strategic and the pace increases.

Puzzle : Considering the puzzle mechanics, the main purpose is to think as logically as possible. For example, maybe the gamers need to arrange the dismantled pieces to create a definite shape. Now with further progression in the levels, rearranging the pieces becomes tough as the time and space gets reduced to sustain the thrill.

Swerve : This aspect demands that the players will either move out of the way of incoming hazards or they will move in a definite track. Here also the main focus is to ensure engagement and entertainment.

Merge : Are you thrilled by the satisfaction of progression? Here comes the utility of merge mechanics. The focus is simple-combining similar elements to obtain a rewarding result. The merging has to be simple yet exciting.

Being in the gaming space for more than a decade, we believe that innovation and dynamism are the only things constant to ensure attraction and retention among the targeted gaming enthusiasts. Utilising our expertise we emphasise on keeping the content simple yet enticing for players across the globe. Our trending services encourage the gamers to crave for more. Few of our popular games in this genre are-Round the World, Second Guess and Player One. Each has its own attributes with exciting objectives to boost the adrenaline rush. Based on the tastes and preferences of the users, we provide tailor made services to ensure loyalty and satisfaction and to establish benchmarks.

Conclusion : Are you eyeing the hyper casual gaming genre? Get in touch with your requirements and make it stand out with our services. Being a mobile game development company we can provide you with the much needed excitement in your gaming content. 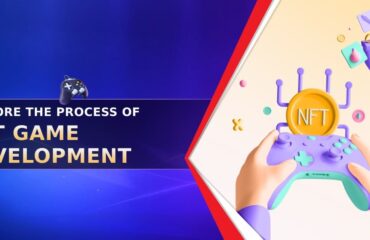 What are the Major Steps to Create an NFT Game? 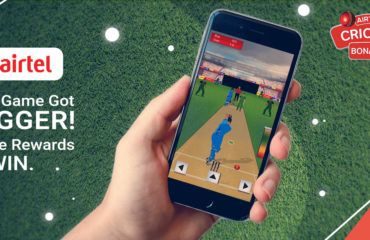