How Augmented Reality Has Evolved as a Cutting Edge Technology 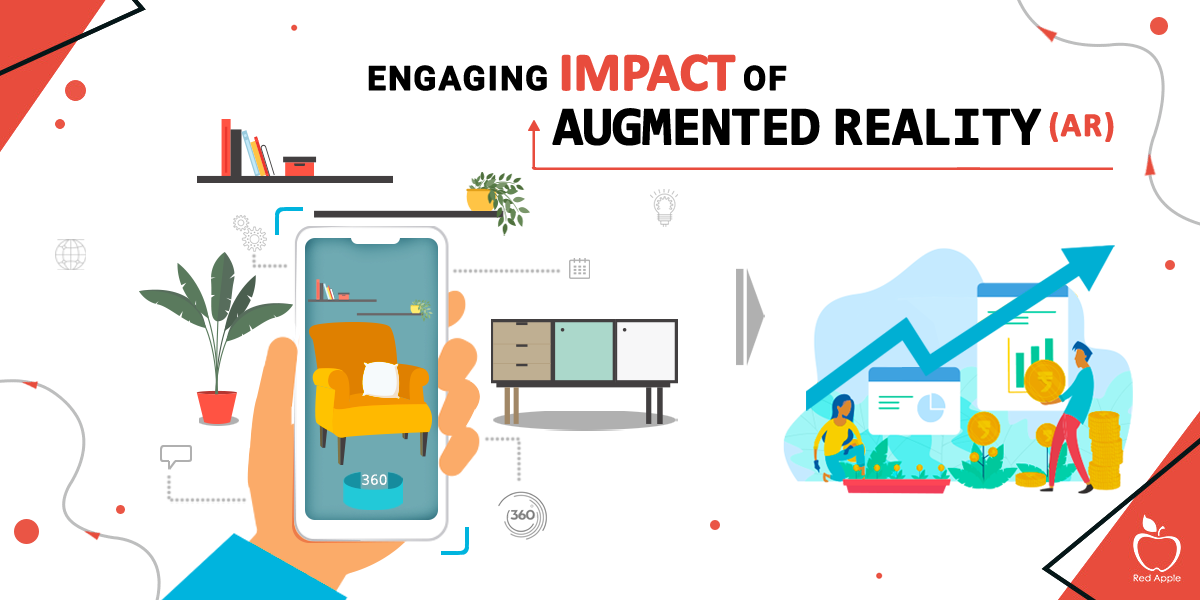 Augmented Reality has advanced tremendously in recent times as a new edge technique. Tech stalwarts such as Google and Apple have worked hard for developing this framework. With the advent of ARCore from Google and ARKit from Apple, the developers can now access some robust frameworks for AR app development. The implications of AR in the field of marketing, gaming, traveling have proved its high growth potentiality. Thus this technology is suitable for both existing and start-ups owing to its interactive attributes.

The following discussions will give you a clear picture about the growth stature of AR applications.

The cutting edge technology of AR has come a long way since 1968. It has graduated from showcasing basic wireframe drawings to Microsoft Hololens and upto the present day smartphones. The first headset was developed in 1968 by Ivan Sutherland and it was mainly used for showcasing simple wireframe drawings. In the year 1990 the term Augmented Reality was first coined by Tom Caudell. The first AR theatre production was organized in 1994 where the performance was conducted surrounding the virtual objects. In 2009 Hirokazu Kato brought the ARToolkit which is open source in nature for creating AR content. The most significant development conducted in this domain is the launching of ARCore and ARKit by Google and Apple respectively for streamlining the specific AR experience.

There are ample data and statistics available in the market to justify its growing popularity among various industries. For instance, 64 percent of the consumers in the United States are of the opinion that AR plays a pivotal role in the uplift of the workplace. The growing popularity of AR gives an indication of increasing its users to 1 billion by 2020. This apart, it has been predicted that by 2022, 22.8 million AR glasses will be shipped.

Some implications of AR are listed below which can validate its engaging abilities for the users. These are:

Saddle Club: This is an AR based game which offers you an engaging environment to enjoy the sport of actual horse riding. Here you can get opportunities to train and nurture your horse to participate in both entry level and expert level competitions.

Alankar App: This app is powered with AR technology and it helps the users in browsing their favorite brands of jewelleries while sitting at home or while on the go. Using this you can choose your most desired items from amongs wide ranges of products displayed in fron of you. Using this app you can avail your cherished possession in a hassle free manner.

Arihant Play: This is an educational and entertaining game for kids based upon the realm of AR. Here the players can see animals coming live on their screen with real sound effects and environment. It truly creates an immersive surrounding to engage players along with learning about various attributes of the animals like habitat, food habits, lifespan, size etc.

Augmented Reality is supported by plenty of modern devices. From smartphones to the latest gadgets such as Google Glass these technologies are constantly evolving. To project and process the hardware and AR devices should have components like accelerometer, sensors, cameras, digital compass, gyroscope, displays, CPU, GPS etc.

Augmented Reality has the following categories of devices:

Mobile Devices: These include the tablets and the smartphones. Such devices are highly suitable for entertainment, gaming, social networking, business analytics and sports with respect to AR implications.

Virtual Retinal Displays: Here images are created into the human eye by projecting laser light. It facilitates for an immersive experience by using high contrast, bright and high resolution images.

AR Contact Lenses: It has taken AR to a new level altogether. Established brands like Sony and Samsung have already came up with their AR lenses. On one hand, Sony is working on designing lenses as separate devices with attributes like data storage and taking photos. On the other hand, Samsung has lenses as an accessory to smartphones.

Special AR Devices: From the name itself you can easily understand that these devices are mainly aimed in enhancing AR experiences. The head-up displays belong to this category which facilitates in sending data to a clear display enabling the users to have a direct view. Initially such devices are used for training military fighter pilots. By with time passing by the special devices have found their applications in sports, manufacturing, aviation, automotive industry etc.

Experts are of the opinion that the industry of Augmented Reality will reach more than 25 billion dollars by 2025 and is expected to continue its growth steadily. Thus you can imagine the huge prospects of AR which can be validated by investments from the following spheres of businesses. It actually entices the practical potentiality of Augmented Reality.

Statistics of expected revenues from various industries by 2025:

You can hire a augmented reality developer to create immersive applications for making your business distinctive from the competitors.

How AR Can Boost Your Business

AR is considered to be one of the top popular technologies which has influenced the masses quickly. It helps in integrating the real time environment of the users using digital information. This technology can attract consumers pretty fast as it needs only a smartphone as a device. Here you do not have to buy any heavy or expensive headsets. This is another prime reason why the established and the start-up enterprises are looking forward to incorporate AR as their growth strategy instrument.

What is the Future of AR

There are infinite future possibilities of AR with respect to diverse industries. But there are 3 noteworthy cases. These are:

Marketing: AR will help you make your marketing campaign real and attractive for engaging and retaining potential customers. The immersive nature of AR facilitates in projecting the business dynamics in an effective way to the targeted audience.

Ecommerce:The augmented inventory visuals help in improving user satisfaction with life like shopping experience. Using AR you can try out your favorite products by sitting at your home. It is indeed an amazing experience availing which you can save your precious time.

Conclusion: The aforesaid description on Augmented Reality app development has portrayed a bright picture about its potential worth. Reputed tech giants and start-ups are keen in implementing this technique for gaining a competitive advantage. This clearly indicates the lucrative and bright future of AR. 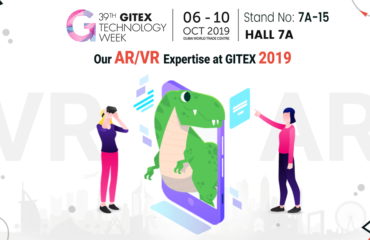 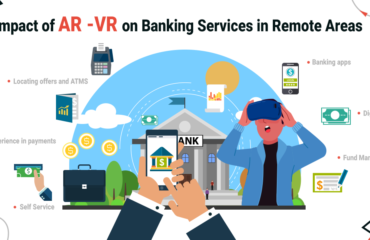 How AR and VR Have Impacted Banking Services in Remote Areas 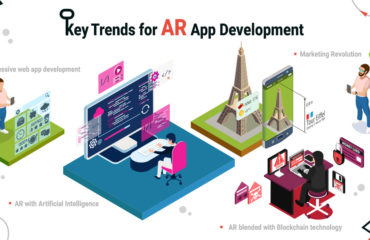